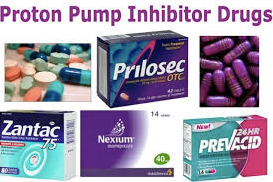 The scientist who, in 2015 first demonstrated a link between proton pump inhibitors (ppi’s) and Alzheimer’s disease, cardiovascular disease and renal failure has updated his research to demonstrate the mechanism by which ppi’s lead to long term disease.

The treatment of gastroesophageal reflux disease (GERD), also called heartburn or acid reflux, is a great case study to compare and contrast the conventional medical and naturopathic approaches to treatment.

In Western medicine, the treatment approach is to suppress the symptoms of the disease, which in this case is acid backing up into the esophagus. PPI’s reduce the amount of stomach acid which may be an effective short term solution, but long term use of PPI’s is now linked conclusively to increased risk of cardiovascular, renal, and neurological morbidity and mortality.

The naturopathic approach to treating GERD often involves adding acid to the system. Drinking lemon water with food is a basic approach to improving digestion and reducing heartburn. Doing shots of apple cider vinegar (ACV) or sauerkraut juice before or after eating is another popular digestive practice that works by adding acid to the digestive tract. While these approaches add acid to the system, they increase the digestive fire, not suppress it, and the integrity of the sphincter between the esophagus and the stomach is strengthened.

Acid/base balance in the body is sometimes counter-intuitive. Drinking acids like ACV, lemon juice and vinegars actually result in the body becoming more alkaline, but that is another post. The naturopathic approach to GERD is to first do no harm, and then to treat the root cause of the disease which is often eating the wrong foods and poor digestive health.

For treatment of GERD, after ruling out hiatal hernia and stomach ulcers and/or h.pylori infection, diet and lifestyle modification is critical to the treatment plan.

I usually start with a 96 item food allergy panel to consider the role of food allergies. Digestive enzymes for use before meals may be prescribed, the digestive enzymes that I work with contain hydrochloric acid and a blend of important enzymes that are key to facilitating digestion of carbs, protein and fat such as pepsin, pancreatic enzymes and more.

There are a host of probiotic formulas and herbal medicine that is critical in support of the digestive tract, including slippery elm, aloe vera, ginger root, and some Chinese medicine formula’s. Supplementation of B and D vitamins to insure adequate vitamin levels in the blood serum has been shown to reduce reflux symptoms.

An estimated one in 14 Americans uses an over-the-counter PPI like omeprazole, sold as Prilosec, to treat GERD. PPIs are approved by the Food and Drug Administration (FDA) for use four weeks at a time, but research suggests up to 70 percent of PPI use may be inappropriate. You can buy a 3 month supply at Costco, so many consumers are unaware just how dangerous these OTC drugs really are.

Many MD’s agree that PPI’s should not be available OTC and most naturopathic doctors will go one step further and agree that PPI’s are virtually unnecessary. The health benefits of being able to fully and completely digest the food you eat by implementing the naturopathic diet, lifestyle and supplementation protocols will not only treat GERD, but lead to reduced gas and bloating, more regular bowel movements and stronger integrity of the GI tract.

A naturopathic treatment plan to treat GERD will look at the individual and the symptoms presented. Diet and lifestyle modification, herbal and vitamin supplementation are often highly effective interventions to treat GERD that keeps the digestive fire burning and pays dividends later on by insuring that the first phase of the digestive process gets off to a strong and proper start.

Rationale—Proton pump inhibitors (PPIs) are popular drugs for gastroesophageal reflux, which are now available for long-term use without medical supervision. Recent reports suggest that PPI use is associated with cardiovascular, renal, and neurological morbidity.

Objective—To study the long-term effect of PPIs on endothelial dysfunction and senescence and investigate the mechanism involved in PPI-induced vascular dysfunction.

Conclusions—Our data may provide a unifying mechanism for the association of PPI use with increased risk of cardiovascular, renal, and neurological morbidity and mortality.