Alkaline Water gets the PubMed Treatment (It Works!) 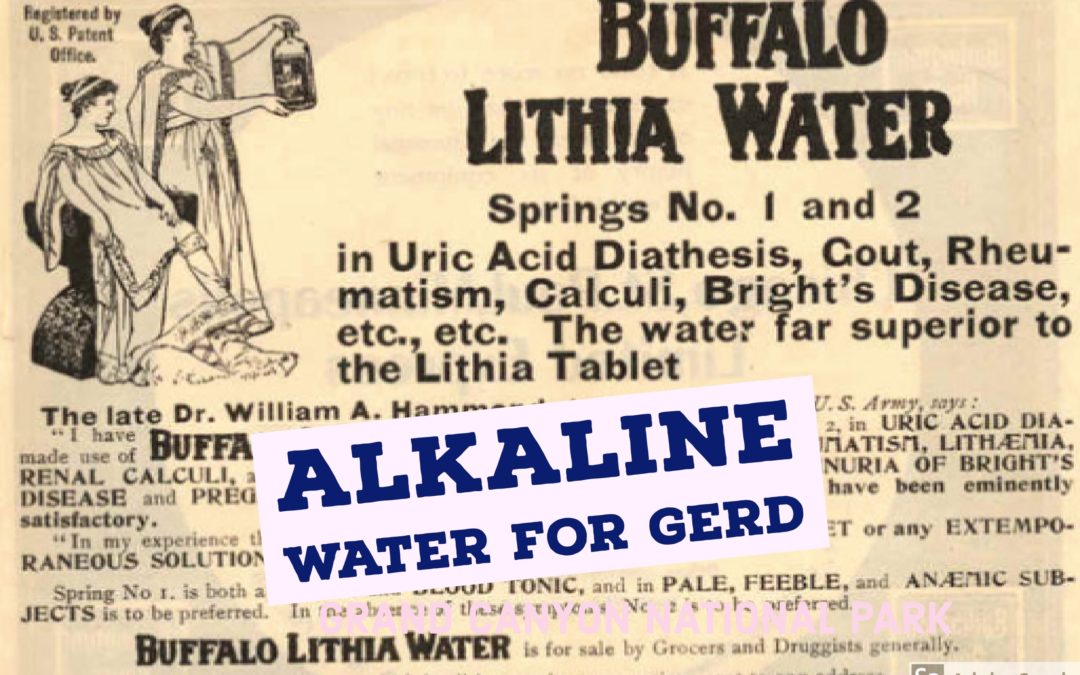 Last week history was made in scientific literature: “Alkaline Water” was mentioned in the title of a peer reviewed, US based scientific journal article for the first time since 1924. Spoiler alert: alkaline water and the Mediterranean diet are more effective than proton pump inhibitors (PPI’s) like Zantac, Prilosec and Prevacid to treat acid reflux known as GERD.

The article concludes that eating a Mediterranean diet and drinking alkaline water is a more effective treatment for GERD compared to OTC acid reducers. Alkaline water is defined as having a pH > 8.0 and the Med diet is 90% plant based.

This study was necessary to link diet with disease prevention, but nothing new to ND’s, see my blog post that discussed how the use of OTC PPI’s are linked to cognitive decline and cardiovascular disease. The study participants did not take digestive enzymes like pancreatin, didn’t supplement with probiotics nor take digestive herbs or drink apple cider vinegar, all tried and true naturopathic remedies for GERD, but still were able to achieve highly significant results: diet and alkaline water alone prevents GERD.

This is the first study to match the search term “Alkaline Water” found in PubMed and the first since 1924 in JAMA. It appears that back in 1924 Buffalo Lithia Water was popular. This was an alkaline water bottled in Buffalo Springs, Virginia which contained lithium and was marketed as a cure all ‘nerve tonic’ for everything, but especially gout which is a buildup of Uric Acid crystals, often in the toes.

Perhaps it is not the lithium that acted as the curative agent but rather the alkalinity of the water that helps create a more favorable body pH to inhibit uric acid crystal growth. I will be waiting for the next journal article on that!

The waters at Buffalo springs were first described by William Byrd II, who in 1798 wrote in a book that the Buffalo Springs water was “what Adam drank in Paradise… by the help of which we perceived our appetites to mend, our slumbers to sweeten, the stream of life to run cool and peaceably, in out veins, and if ever we dreamt of women, they were kind”.

Laryngopharyngeal reflux has become a common diagnosis in the otolaryngologist’s office. Treatment frequently involves PPI therapy, which comes at a high price, both with cost and potential adverse effects. Our data suggest that the effect of PPI on RSI scores among patients with LPR is not significantly better than that of alkaline water and a plant-based, Mediterranean-style diet. In fact, our data suggest that the plant based approach is at least as good, if not better, than PPI therapy. Thus, we recommend that a patient with suspected LPR at least attempt a dietary approach prior to any pharmacological intervention.